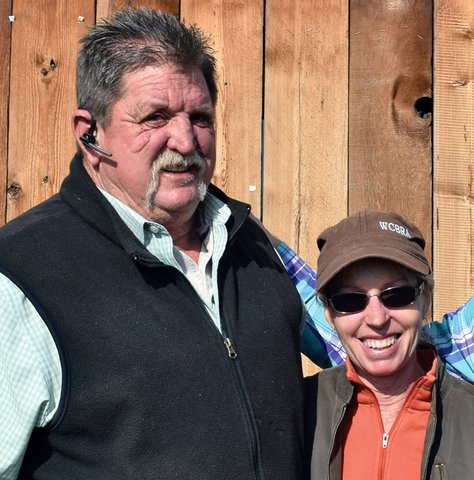 It would be hard to find a more generous person to give back to the Ceres community than Shane Parson.

His philanthropic journey continues Thursday evening when he presents a $ 2,500 donation to the Ceres Unified School District Foundation from his Fourth Street store, Embroidery Plus.

“I didn’t go to school here, but I want to support education as much as possible,” said Parson. “I am a firm believer in education.”

The money will help the CUSD Foundation support its mission of providing additional resources for students in grades K-12 and scholarships for seniors graduating from Ceres.

Shane and his wife Kim started making donations to various organizations 10 years ago.

“We have been very blessed,” he said. “We worked hard and were able to help others.”

On Monday evening, the Parsons donated the use of their arena (Diamond Bar) on South Central Avenue on Keyes Road to the Stanislaus State Athletics Program fundraiser.

Imperial Knights, a tour company that mimics the thrill of a medieval tournament and tournament, entertained the crowd at the venue. Dinner was also served.

Parson was named Outstanding Agribusiness Man of the Year by the Ceres Chamber of Commerce in 2010.

Parson was born in Oakland, graduated from Los Banos and attended Merced College.

He moved to the Ceres region in 2000. He is an almond broker and processor and a partner in the Rockstar Limosine Services newsletter, S&M Tack, Calif., West Coast Horsemen, and owns the Diamond Bar Arena.

“I’ve had a lot of people who have helped me build my business,” said Parson. “It feels good to be able to give something back.”

Parson has given back to the community in a myriad of other ways. He made his 6,500 square meter plot available for the community garden to grow products such as corn, green beans, carrots, beets, okra and tomatoes under a coalition of private and public groups.

In recent years he has donated his antique San Francisco cable car for rides on Christmas Tree Lane during the Ceres Christmas Festival. He has also donated food for Thanksgiving meals to the community. He used his Diamond Bar Arena for children with disabilities.

He has also bought and redeveloped many commercial and residential properties in the downtown area.

A native of Los Banos, he also owns and publishes West Coast Horsemen, a monthly magazine distributed through feed and tack stores and ranches in California and Nevada. He is also the editor of Horsemen News, Paint Horse News and the Pacific Quarter Horse Journal.

Standard and inexperienced power every have a spot on Fisher, Minnesota, Farm

PM Modi checks the oxygen provide in mild of the file improve in new...